Turbo?s lifespan and durability is usually slightly above 350 thousand miles, however, at times, first signs of its failure may occur earlier. The most common signs of turbo damage are the following: 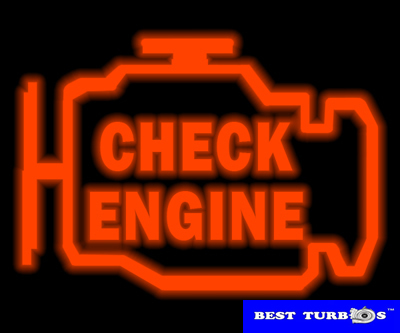 ? Car Loss of Power ? degraded performance and delayed reaction of the turbo upon pressing the gas pedal, check engine light on dashboard – limp mode.
The turbo increases the engine power developed by the drive unit, which is why one of the basic signals of its damage is the loss of power. When the car is clearly losing its momentum, turbo should be immediately inspected. Since turbo?s mulfunction can lead to the engine overload, this may also be indicated by the activation of the ?check engine control on the dashboard. This may lead in extreme cases to engine damage. Engine overloading can be detected on computer scanning ? if this is the case , we can be sure that our turbo has so much carbon deposits that they have jammed the turbo blade. Once the blades inside a turbo are blocked with carbon, further driving becomes a risky business e.g. if our car loses its momentum during overtaking maneuvers, it can lead to a road accident. 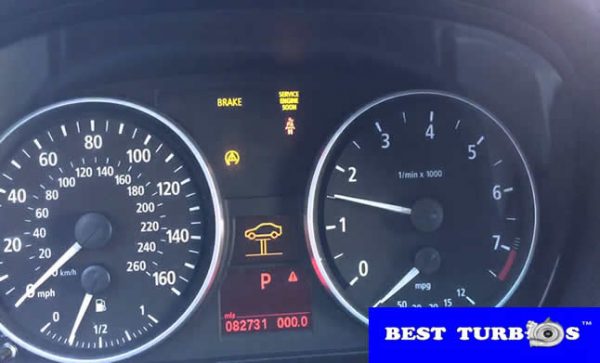 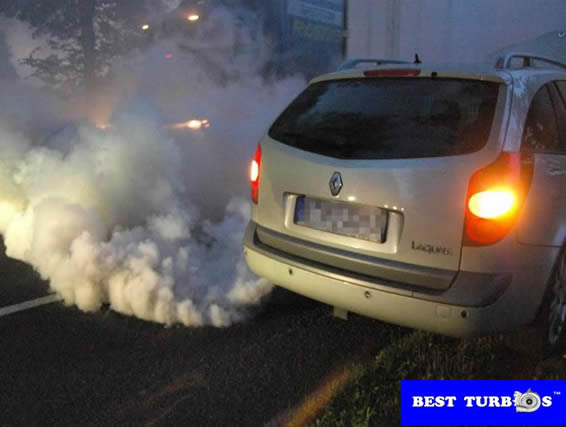 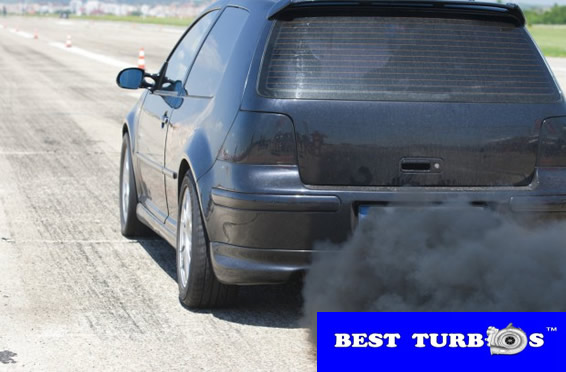 Turbo failures, smokes, noisy, rattle, no power, turbo overboost, turbo underboost turbo black smoke, turbo blue smoke, turbo white smoke
Car Black smoke, on the other hand which often happens in the case of turbo diesel cars, suggests that some fuel is not burned, or turbo pumps inadequate amount of air. There may be a lot more faults that produce smoke fumes ? similar signs appear when the injection pump is faulty or when injectors have crashed or worn off.

? Oils problems ? oil leakages inside and outside the system. 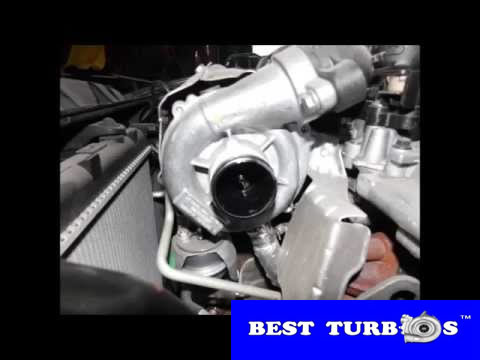 In turbocharged cars, increased engine oil consumption may be caused by a faulty turbo. Heavily worn bearings of the turbine are responsible for excessive oil consumption. Oil then filters into both the combustion chamber (via the intake manifold), as well as the hot exhaust system. Characteristic bluish fumes from the exhaust pipe are a visual sign of oil leakage. 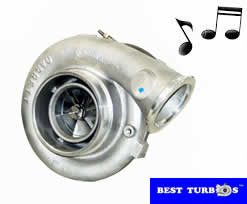 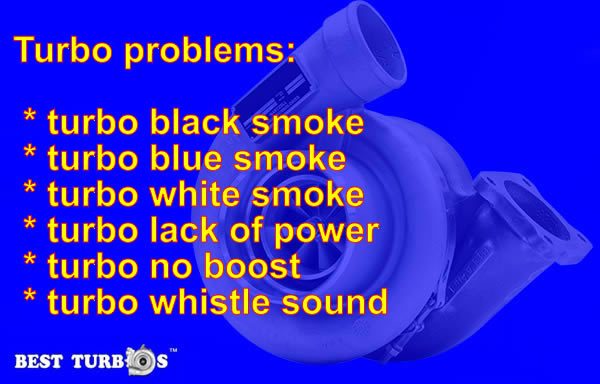 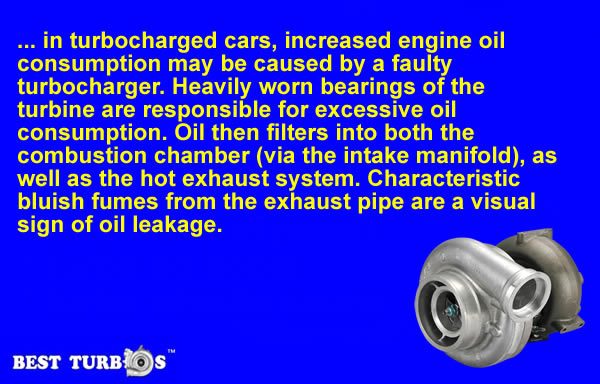 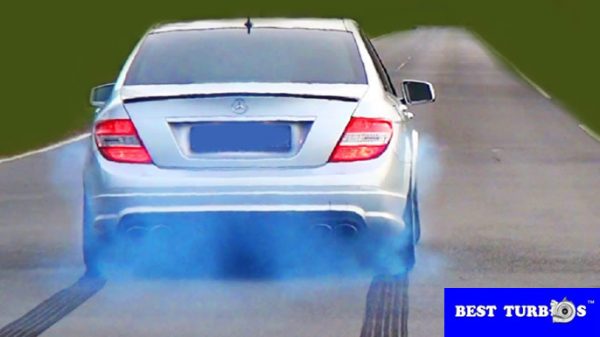 The above are the main signs of turbo malfunction, however, this is not always the case. Before the turbo fault is confirmed, a thorough assessment at the specialist auto centre should be carried out as the fault may be elsewhere. It is not worth postponing a visit at the auto centre as its damage may lead to failure of other parts of the vehicle. 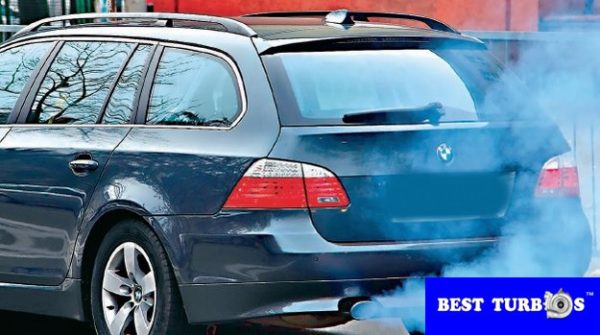 Turbo reconditioning and turbo fitting service in one working day 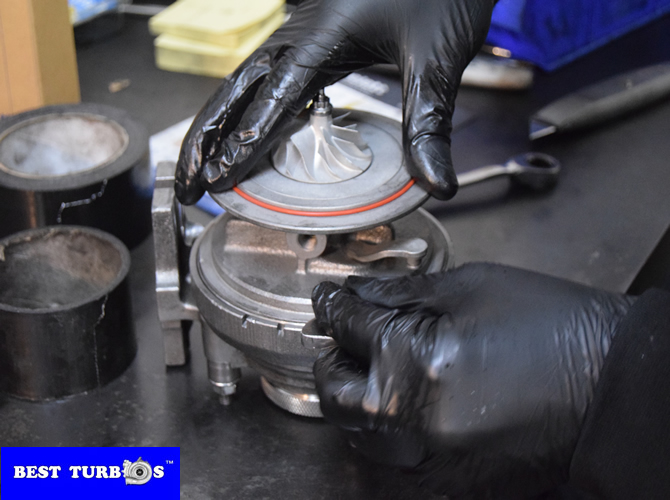 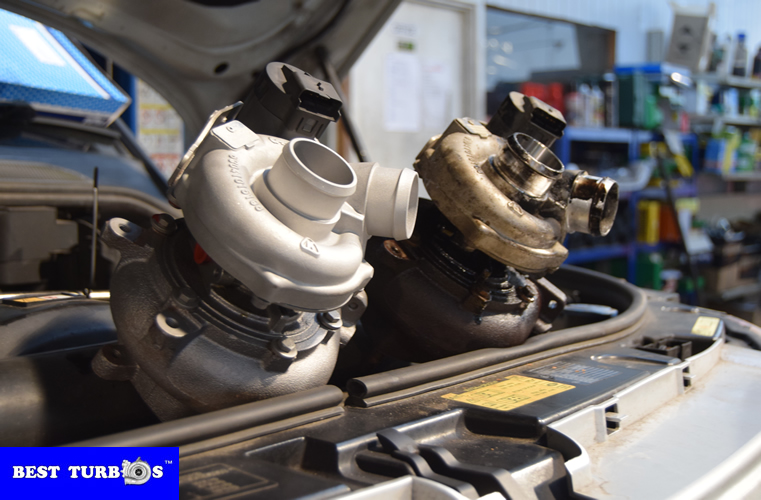 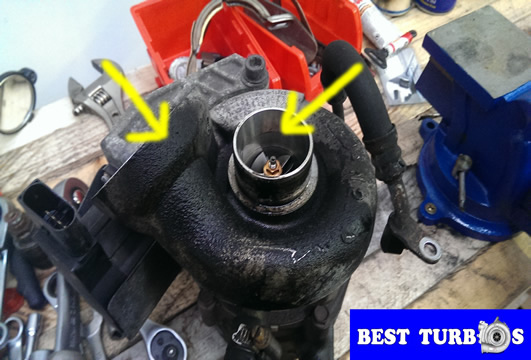 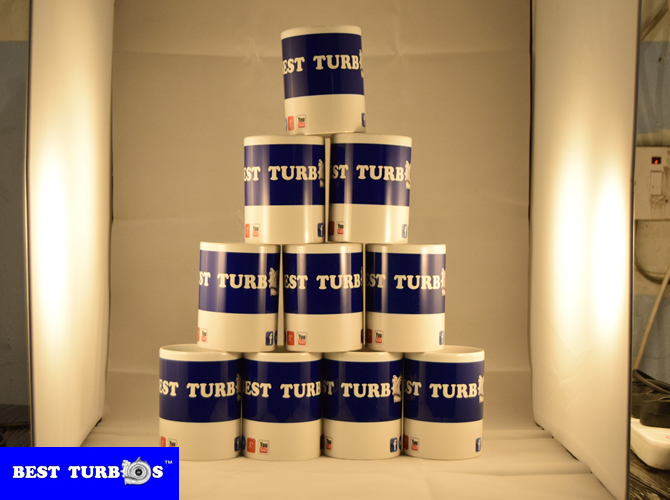